It doesn’t hurt that they are cute little blocks, that are mostly blocks that I’ve not made before.

In particular, I’ve never appliqued a block before that was raw edge appliqued with no fusible web.

So far I’ve made two different blocks that way.

This is block #18  by French General.

The other block was block #20 by Zen Chic.

That’s one of the reasons I decided to do this Quilt Along.

I’m sewing blocks I never would have made otherwise.

This is block #5 by Kansas Troubles Quilters. 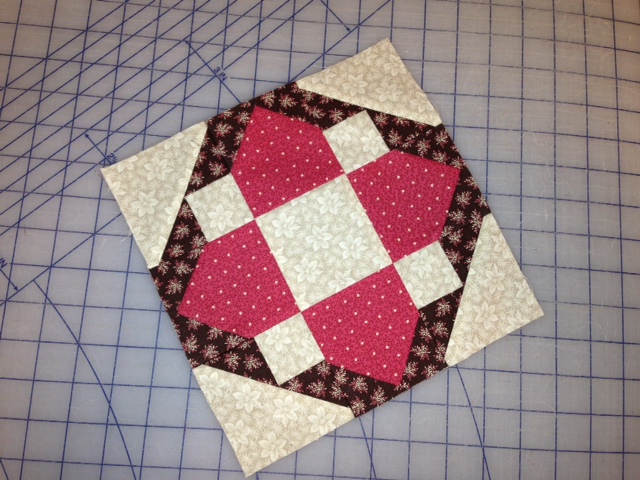 I really like the fabrics that I chose for this one.

Well, that’s week #1 under our belts.

We can take a break now.

No new blocks until Monday.

Or if you’ve not started yet, you have the whole weekend to get caught up with the fourteen blocks that I’ve already made! 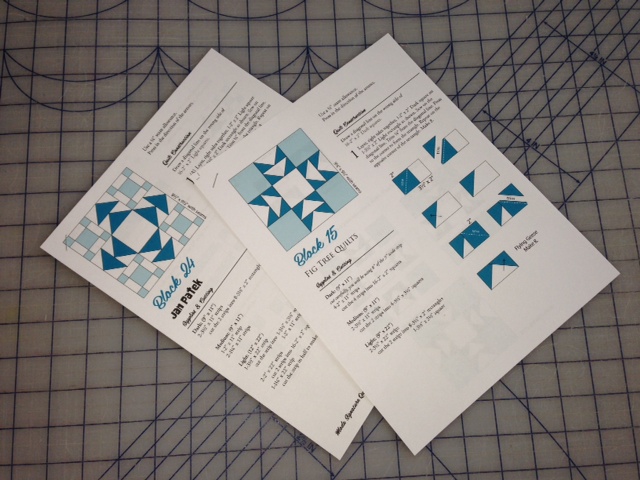 Day 4 only resulted in two patterns.

Jan is a master at applique and so she stitched a cute little house in the middle of her block.

Maybe when I get the pdf I’ll add it to my block too.

These blocks are quick when you already have the fabric choices narrowed down to just a handful.

I can spend a lot of time belaboring that issue!

I also read the first three patterns and cut background strips of each size that I would be needing before I started sewing.

The other nice thing that Moda did was use pieces of the same few sizes.

I keep going back to the 3-1/2″ strip and cutting off a few squares or rectangles.

This really simplifies the cutting.

Are you really not going to join in the fun?

If you are sewing the blocks, send me your photos and I’ll post them along with mine.

A Merry Christmas To You Quilt-Along

The month of May will be here soon, so get your kite ready!

Topics I chat about